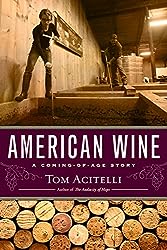 At one point when I was working on my new book Money, Taste, and Wine: It’s Complicated I realized that I needed to know more about how the craft beer industry developed here in the United States. So I talked with a lot of people and read a lot of articles and books on the subject.

Actitelli’s  beer book was useful and entertaining. It was packed full of information, but organized in an interesting way around personalities and key events. I have recommended it to several friends as a great introduction to the craft beer movement. Now Acitelli has written a wine book, too, and it fits the same profile: usefullly packed full of information and entertaining, too. I am pleased to recommend it to my friends.

Acitelli sets out to explain how the American wine market rose to become the largest in the world, starting more or less in the 1960s and moving on to the current vibrant wine scene.  Those 50 years are packed full of history, so it is necessary to pick and choose who and what to highlight and what factors to skip over.

The main thread will be familiar to many wine readers, drawing a line from Andre Tchelistcheff to Robert Mondavi and Mike Grgich, Jim Barnett, Warren Winiariski, and on to Randall Grahm and other familiar names. Defining moments are located in this narrative, including especially the founding of the Robert Mondavi Winery and the 1976 “Judgement of Paris” wine tasting.

These stories are familiar and important, but what I found interesting was Acitelli’s ability to uncork unexpected facts and insights. It is clear that his writing ability is matched by his research skills. 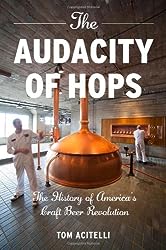 Although American Wine is the title of this book, it could have been named American Wine Culture because the story of how American attitudes toward wine changed is given at least equal treatment to the development of the wine industry itself. Thus, for example, the book begins not in a vineyard in Napa nor a cellar in Sonoma but in a restaurant in France where we meet Julia Child, the American who would  become television’s The French Chef.

Julia Child? Julia was not a particularly important shaper of American wine, but she was important in the transformation of American attitudes and behaviors about food and life, which has implications for wine. American wine would not be what it is today without the great cultural shift that Child helped lead.

American Wine Beyond the Headlines

Acitelli writes that, “A few events, the coverage they engendered, and a surprisingly few individuals changed all that [U.S. wine culture].” This focus on a small number defining moments like Sideways and the Judgement of Paris, media reactions, and famous names like Parker and Mondavi helps the author tell the story, and he tells it very well and in good depth, but it is a narrower story than the one I understand.  I would nudge the breadth versus depth trade-off needle just a little bit the other way.

I’d happily trade yet another Robert Parker story, for example, for a fuller account of Oregon’s stunning emergence and how that altered both American wine itself and the idea of what wine could be in America. Oregon pioneer David Lett, alas, gets but a single mention here as one of a group of Davis boys who went north.

There are so many great tales in the rise of American wine that I wish even more of them appeared here. But it is impossible to tell every story or fully satisfy every reader and that doesn’t diminish my respect for this book , which I happily recommend to novice and expert alike  Great story-teller (Acitelli) meets great story (wine in America) — it’s a perfect pairing. Cheers!

If American Wine is the story of the last 50 years of wine in the United States as told from the outside in (stressing media, culture, international influences and reception), what would an inside-out story look like? Come back next week to find out.