This series of posts has taken Goldman Sachs executive Jim O’Neil’s list of BRIC and New BRIC nations and examined them from the particular perspective of wine. All of the BRICs (Brazil, Russia, India and China) and New BRICs (South Korea, Mexico, Indonesia and Turkey) produce wine. They have glorious pasts, tempting futures, and face certain present challenges linking the two.

In a sense (but I don’t want to push this too far), the challenges and opportunities that these countries face in terms of wine reflect their overall national situation. In vino veritas? Yes, I think so, but not just in the usual sense. Read the individual posts and you will see what I mean.

So now I turn at last to the overlooked BRIC: South Africa. With a relatively modest population (less than 50 million), it was probably too small to qualify for O’Neil’s signature group in terms of market size. But South Africa punches above its weight in many fields and has great symbolic importance, too, which is one reason it was chosen to hold the 2010 soccer World Cup.

If South Africa is too small to be a BRIC in gross domestic product terms, it towers over many of the other countries with respect to wine. South Africa was listed at #8 on the world wine league table for 2007 according to OIV statistics, with 9.7 million hectoliters of wine production, just behind Germany and head of Australia and Chile. Among the BRICs only China produces more wine (12 million hl, #6 on the list), although it isn’t clear that all Chinese wine is actually wine or really made in China.

Like many of the BRICs, South Africa has a deep wine past and a sunny future — it’s the present that’s problematic. The first wine was pressed on April 6, 1652. The famous Groot Constantia wine estate was established outside of Cape Town in 1682. By the 18th century its eponymous Muscat-based sticky was one of the three most sought-after wines in the world (Tokaji from Hungary and Cotnari from Romania completed the tasty trio).

South Africa’s wine history has been filled with peaks and valleys, both the usual ones for wine producers  and some that are country-specific. Phylloxeria, persistent over-production, and difficulty breaking out of the fortified wine cycle to produce quality dry table wines are familiar stories.  Apartheid — the notorious South African exception —  damaged the industry by effectively shutting off export markets and distorting domestic demand.

South Africa’s  fast emergence in the world of wine in the last 20 years  has been exception in a good way. South Africa surpassed France (France!) in U.K. wine sales in early 2010. 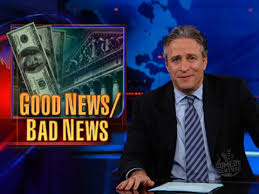 I would like to say that South Africa is poised to beat all the BRICs and assume a place at top of the wine wall, but I hesitate just a bit. Part of it is due to the exchange rate. South Africa has a reputation for good value wines and it is suffering just now from a case of the Dutch disease. The Rand’s value has increased by more than 40% in the last two years (higher gold prices are part of the story) and the higher exchange rate has cut South Africa’s competitive advantage.

But there are lots of disturbing factors.  If you search the Decanter.com website for “South Africa” you get lots of good news (booming sales, distinctive varietals, demand so high there have been grape shortages) and bad news, too (burnt rubber aromas, persistent grape surpluses, Pinotage image problems). U.S. sales of South African wines have actually fallen by about 10 percent in the past year according to Nielsen data published in the most recent issue of Wine Business Monthly.

Perhaps it would be the same with a news search for any wine region — lots of good, bad and ugly news to go around — but coming off the Apartheid era of dreadful news, South Africa needs more than a bit of sunshine just now.

So I am left a bit uncertain, honestly. Optimistic but realistic, too.

And I think this is my opinion of the BRICs and New BRICs generally. The wines and the countries that produce them will succeed, no doubt, but not without a struggle, if only  because the times we live in are so uncertain. Mother nature and human nature are both very fickle and wine cannot help  but reflect them both.

The video up top shows how South African winemakers used the occasion of the World Cup to try to market their wines abroad. A good idea, but I think there was a better one that they missed.  These days South Africa is trying to use wine as part of their program of Black Economic Empowerment by promoting black owned wineries and vineyards. It’s still in the early stages, but I like the idea. Given this, it seems to me that Invictus is a better image for South African wine than Bend It Like Beckham.