What’s the best strategy for the U.S. wine industry as it enters the increasingly global market environment that I’ve described in my two recent posts on Juice Box globalization and the prospect of a coming 50-50 import-domestic split?

I’ll use this post to make a few observations inspired by the buzz at this year’s Unified Symposium and then return to the topic again next week to synthesize the emails and comments I’ve received on this topic.

Whenever I think about strategy I always ask myself “What would Machiavelli say?” because the famous Florentine’s advice has held up pretty well over the years.  Since, as the sage Jon Fredrikson likes to say, “there are no one-liners in wine,” here are three elements of a Machiavelli-inspired battle plan.

“Wisdom consists of knowing how to distinguish the nature of trouble and in choosing the lesser evil.”

Machiavelli seems pre-occupied with trouble, which is both good and bad when we try to apply his insights to the changing global wine scene. The wise part of this saying is that the nature of trouble may not always be obvious and you’ve got to be careful not to jump to conclusions.

The continued growth of the imported wine category in the U.S., for example, isn’t simply a matter of lost market share, as I suggested in my last post.  The whole business of wine is changing and rising imports are only  part of an emerging syndrome that  presents both challenges (trouble for the Tuscan strategist) and also opportunities for the thoughtful entrepreneur.

“It is better to do willingly what you will otherwise be compelled to do.”

The idea of course is that if resistance really is futile, then you may be able to get better terms through cooperation. I think this rule might apply to the basic wine category in the United States, which faces double jeopardy from competition at home and abroad. Although wine imports are likely to increase in all market segments, the biggest impact may be for inexpensive “bottom shelf” wines, where the combination of bulk shipping economies and “drawback” credits are most significant.

Basic wines will also face competition on the input side. Nut crops promise higher profits than wine grapes for some farmers, especially at the low price part of the grape market. Many wine growers will need to move up-market if they want to stay in the wine grape business and this has implications for bargain basement wines. If you want to know why Two Buck Chuck has raised its price to $2.49 in its California home market, this is part of the answer. 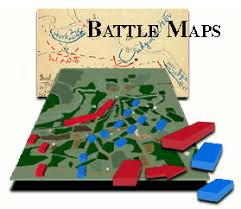 Where will these trends lead us? Well, if I wanted to shock you I’d say that California will be forced to retreat and to concede the bottom shelf of the wine wall to imports.  Basic wines won’t come mainly from California as they have for decades, but will adopt a modified version of the “juice box globalization” mode, where branded products are sourced from all around the world as needed to minimize cost for standard quality.

This is vision of the future is actually current practice in the “premium box wine” segment, but I think it will appear in even sharper focus among in the basic wine segment.

If “retreat” is inevitable, Machiavelli suggests that U.S. producers embrace rather than resist the trend — and I think this is already under way now, too. Some wine companies are seizing the initiative to make sure that the brands that the imported wine goes into are theirs and not those owned by foreign producers and of course a retreat in the basic category is not a defeat if it can be leveraged into an advance in higher margin categories.

The transition will be difficult, but less so if U.S. producers plan for it rather than just watching it happen to them. I’m reminded of what happened in Washington State when the California Wine Bill was passed in 1969. Cheaper California wine flooded into the state, crowding out the cheapest Washington products and forcing Washington to become much more tightly focused on premium products. A tough transition in the short run, but it’s been great for Washington wine in the long run.

“It is better to be feared that to be loved.”

It’s not about love or hate, it’s about control. It is better to be feared than loved, Machiavelli said, because you can control if you are feared far better than you can control if others love you and controlling your own destiny is the key.

Hence the sentiment I heard on several occasions in Sacramento that U.S. producers need to take command of the import levers so that the bulk wine imports go into their brands rather than foreign brands. The goal is to defend hard-won territory on wine walls and distributors’ lists. Although many of the people who talked to me would rather have American wine sold in American brands, they could live with imported wine in American brands if that’s what is necessary.

Perhaps Machiavelli is a control freak and exaggerates its importance, but I think the control issue is worth considering. Certainly there is some concern among New World wine exporters about lost control of quality and reputation when wines are shipped in bulk versus packaged goods. Shipping wine in bulk to yourself in foreign markets and bottling there (to gain economies but preserve control) is a rising trend.

If you wants to see where the control trend might lead, read this article about China’s Great Wall brand wine’s global strategy in on TheDrinksBusiness.com.  Great Wall seems to be going beyond purchasing foreign wine to fill their domestic brand bottles — they are actually buying the foreign vineyards themselves and securing the production facilities!

“We will announce that Great Wall is not only China, and we will make a French Great Wall, a Chilean Great Wall and an Australian Great Wall,” he said.  …  “You will probably find these wines in the market next year… Great Wall will use global sourcing for the Chinese domestic market.”

I’ll consider alternative viewpoints and try to sum up next time.