Sue and I recently returned from the biennial  SIMEI trade show in Milan. SIMEI stands for Salone Internazionale Macchine per EnologIi e Imbottigiiamento, which translates as International Enological and Bottling Equipment Exhibition.

SIMEI By the Numbers

The trade show’s focus  is narrow (equipment and technology) compared to the all-things-wine Unified Wine & Grape Symposium here in the U.S, which is my point of reference for these things. But its scope is broad, including not just the wine industry since tanks, bottling equipment, etc. are used in other sectors such as olive oil and so forth. No wonder so many people found a reason to attend.

By the numbers (according to SIMEI’s press release) there were 46,000 visitors from 90 countries, 600 exhibitors from 28 countries, and 12,000 tons of equipment and products displayed. The trade show took up 4 huge halls in the vast Fieromilano Rho exhibition center. The video below gives you a sense of the scale and scene.

Technology was the star of the show and one of the highlights was a gala dinner where awards were presented for outstanding new innovations. Wines & Vines reported on the top innovations.

SIMEI is organized by the Unione Italiana Vini (Italian Wine Association), whose members account for 70 percent of wine production in Italy. They organized two international congresses in conjunction with the trade show as well as a number of presentations and demonstrations that took place in the halls among the big machines.

The congress on “Sustainable Viticulture as a Tribute to Wine Quality” followed up on a similar session in SIMEI 2013. The earlier meeting worked to agree a universal definition of sustainability in the wine industry, which is either easy or difficult depending upon how you approach the question.

The 2015 meeting probed some of the issues and trade-offs between and among the three pillars. One line of discussion noted the need for sustainability to be certified according to objective criteria, which is important if the concept is to mean anything. But what and whose criteria should be used?

I think there was a consensus in the room that a common or universal set of standards was needed (“harmonization” is a term often used here). Although I am probably wrong about this as I am about many things, I spoke in opposition to the single-minded pursuit of universal standards.

I see each country or region starting from a different base and often facing different economic, environmental, and social issues and constraints. I argued that at this moment it is more important that each region make the most progress it can towards sustainability. I cited programs in South Africa and New Zealand as good examples.

I worry that putting the main emphasis on having universal standards will  result either in diluted “least common denominator” rules or will squeeze stakeholders out of the sustainability movement altogether, limiting its reach and effectiveness, because the common rules do  not address their particular situations and concerns.

One size does not necessarily fit all, even if there is some wiggle room built in. It took only a moment for an EU representative to rise and explain to the audience why I was wrong, but I will stick to my viewpoint.

I admit that my views are based on an American way of looking at things (I love the grand Federalist laboratory that is the United States), but I don’t think this is exclusively an American attitude. I do not see universal wine sustainability rules happening soon within the US much less on a global scale. 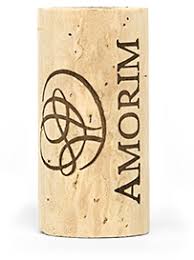 If turning theory into practice was not easily accomplished in the congress center, there was plenty of evidence of strong efforts out in the trade show. Sustainability isn’t just ethics or philosophy, it is also good business and many of the exhibitors have embraced this concept.

An example is Amorim, the innovative Portuguese producer of corks for the global wine industry and many other cork products. We stopped by the Amorim exhibit and talked with Carlos de Jesus, marketing director of Amorim, and Carlos Santos, the head of Amorim Cork Italia. They were both excited to tell us about Amorim’s cork recycling programs, which tick all three sustainability boxes.

Cork is a natural product so it would seem that recycling it in a sustainable way would be easy, but it is not. You cannot, for example, simply re-use a wine cork on another bottle of wine — health and safety laws as well as common sense rule that out.

So the challenge is to collect the used corks and then repurpose them in some way that adds value to society without bankrupting all involved. The Amorim approach (which is implemented in different specific ways in each country where it has been rolled out) partners with local non-profit groups to collect the corks, keeping them out of the landfill.

Amorim pays these groups for the corks (thus supporting their social programs) and then grinds up the cork and partners with various producers to make useful products. In the U.S. you might have seen shoes with soles made from recycled cork, for example.

In Italy the cork is used to make the sort of building insulation panels that would otherwise by made out of foam. Cork is an excellent insulator and the price is competitive with the conventional product.

The Amorim program promotes social and environmental goals. What about economics? Well, I was told, this isn’t designed to be a profit center for Amorim. The idea is not to make a lot of middleman money reselling the corks that the non-profits have collected, but rather to facilitate the recycling system itself.

Many Small Steps Can Add Up

But that doesn’t mean that it isn’t good for business, Carlos de Jesus stressed. Amorim mainly markets to its direct buyers — the wineries — and doesn’t have as much interaction as they would like with the people who ultimately open the bottles. Programs like this give Amorim an opportunity to tell cork’s sustainability story directly to consumers and to establish a very positive image of cork with them. And since producers want their products to appeal to consumers, if consumers have a reason to choose cork  … well you can see where this can lead.

Amorin’s program is important even if it is a small step toward the goal of sustainability. If each sector of the industry can search out an appropriate strategy (and each region of the wine world do the same), then all these small steps can potentially add up to the more sustainable future that is the goal.