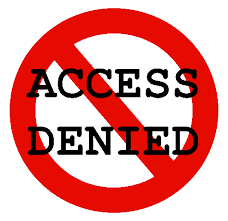 According to Jancis Robinson’s website The Wine Economist is an “unusually meaty blog [that] looks at wine issues more seriously and cerebrally than most.” To serious and cerebral you can add a new adjective … dangerous!

It has come to my attention that anyone trying to read The Wine Economist in Afghanistan receives the following message instead of this site’s typical meaty prose:

ATRA is the Afghanistan Telecom Regulatory  Authority. I suppose they are reacting to the Kabul Wine Report published here a few weeks ago, which reported on illicit wine sales in the Afghan capital and provided tasting notes for some of the blackmarket wines on offer. It’s part of the Extreme Wine series and provides a peek into an unlikely (but apparently quite active) market for wine.

I think I’ve heard that a little knowledge is a dangerous thing and apparently this post was just informative enough to show up on the censors’ radar. Or maybe it was just too serious and cerebral!