George M Taber, A Toast to Bargain Wines: How innovators, iconoclasts, and winemaking revolutionaries are changing the way the world drinks. Scribner, 2011.

George Taber knows something about how seemingly small events can sometimes turn the world of wine upside down. He was the Time magazine reporter who covered the famous 1976 “Judgment of Paris” tasting where top French wines were matched against California Cabs and Chardonnays in blind tastings evaluated by famous French critics. The New World wines held their own and even took the top prizes in both red and white categories. Thus was a fermenting revolution recognized and encouraged.

Now the issue isn’t so much Old versus New as it is Expensive versus Cheap and Elites versus Masses. Taber sides with a democratic vision of wine and this book is a celebration of the fact that there are more drinkable bargain (less than $10) wines in the world now than ever before. The glass is more than half full. Drink up!

Taber’s celebration comes in two parts. The second half of the book is a bargain wine buyer’s guide. Taber provides top 10 lists of his favorite “$10 and less” wines and wine brands sorted by grape variety and region. He also recommends a couple of splurge wines in each category for good measure.

My, what a lot of inexpensive wine George Taber must consumed to write these recommendations. Bottoms up, indeed!

Here’s what I mean. The section on blush wines highlights 10 wines including a $3 Oak Leaf White Zinfandel (from Wal-Mart) and a $6 Riunite Strawberry White Merlot. I assume that Taber tasted the big selling Sutter Home White Zin and found it wanting since it does not appear on the list, but he doesn’t list all the wines he tried in each category, only the best ones, nor (and this would be particularly useful) the really really bad ones to steer clear of.

The first half of the book makes the case that maybe you should take bargain wines more seriously (and not just because of the current economic situation). Taber sets out to undermine the conventional wisdom about wine. Maybe wine judges are as confused as the rest of us. Maybe taste is so subjective that your opinion really is all that matters. Maybe (gasp!) bottles and corks are a pointless anachronism when it comes to everyday wines and you should reconsider your prejudice against “box wines,” which have changed a lot since you tried them in college.

My favorite chapters are the profiles of the iconoclasts who are leading the wine revolution. Taber’s reporting skills are put to good use in telling the tales of Fred Franzia (the godfather of Two Buck Chuck) and John Casella (the father of Yellow Tail wine).  Both wines changed the world in important ways and it is interesting to have their stories told so effectively and to be able to see these two phenomena side-by-side. 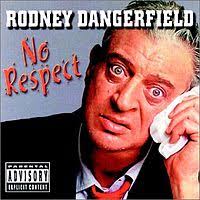 The final chapter (before the buyer’s guide) examines China. Will it too change the wine world? Maybe – that’s the answer here. China is still a work in progress and perhaps it is too soon to draw many conclusions. Taber does a good job pulling together different trends and facts.

One of the ironies of this book comes from the fact that Taber needs to define what he means by “bargain wine” and value (like taste) is pretty subjective. He draws the line at $10, which is a good thing I believe since this allows him room to include a lot of pretty good wines in his lists and not just focus on extreme values. Ironically, however, a $10 wine is classified as “premium” and sometimes “super-premium” here in America. The majority of American wine drinkers think of a $10 wine as a splurge.

I have friends who are afraid to try a $10 wine because they fear that they will be able to taste the difference and be forced to turn their backs on the $6 wines they’ve been enjoying for years.

I wonder if wine snobs will be annoyed by George Taber’s book? After all, with this book Taber seems to suggest that democratic wines deserve the same respect as those Judgment of Paris aristocrats. Me? I’m just grateful that he’s done the dirty work of tasting and sorting all those really inexpensive wines so that I don’t have to! Bottoms up!