When I wrote about the global financial crisis in my 2010 book Globaloney 2.0: The Crash of 2008 and the Future of Globalization, I focused on three forces that I saw as both key to the crisis and limits on global finance: misperceptions of risk, the excessive use of leverage and the resulting moral hazard, which produced the boom and then the bust.

Now, as I think about the reasons why corporations are not more dominant in the wine industry, I find myself returning to those same themes. Is this an important insight, or am I just a broken record? You be the judge!

Note: This is the final column in the current series on family wine businesses. This column is more speculative than the earlier ones — as many questions as answers! — reflecting the fact that it is difficult to generalize about either corporate wineries or family and private wine firms.

Last week’s column ended by questioning the question of the curious success of family wine business. There are good explanations for the success of family-owned wine businesses, I wrote,  but sometimes they feel a bit ad hoc, tailored to explain a particular case and less capable of generalization.  And they often fail to fully account for the fact that many family wine businesses  either fail or, like the Taylor family, end going over to the dark corporate side.

Protecting Assets versus Leveraging Them

What’s the problem with leveraging a brand? Leverage has the potential to increase returns in any business, but it also increases risk. And one risk is that the integrity of key assets can be undermined by the leverage process itself.

An example? Well, I hate to pick on Treasury Wine Estates because they have seen enough bad news in the last few years, but one of my readers emailed me in dismay when a news story appeared about Treasury’s latest market strategy. I’ll use this as an example, but Treasury isn’t the only wine corporation that I could pick on and maybe not even the best example

One element of Treasury’s plan is to develop brands for the “masstige” market segment, which means taking a prestige brand and levergaing it by introducing a cheaper mass market product that rides on the iconic brand’s reputation. 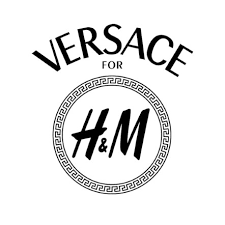 Masstige? Sounds like something from a Dilbert cartoon, which means of course that it is a totally authentic contemporary business term. Prestige fashion house Versace, for example, seems to have developed a masstige product line for mass market retailer H&M. The line was launched in 2011 and I’m not sure where it stands today. Maybe it was a big success? If  masstige  worked for shoes and dresses, how could it be a bad idea for wine?

I’m sure a prestige association helps sell the cheaper mass market products, but I can think of some examples in the wine business (Paul Masson? Beringer?  Mondavi?) where it might have undermined the iconic brand itself a little or a lot, which seems self-defeating. I know that has happened in the fashion field (think about how the Pierre Cardin brand was diluted by cheap logo products) so I imagine it could be a factor in wine, too.

Here’s another example. Regional identity is more important in wine than in some other industries and Treasury owns some famous “wine of origin” brands — wines associated with particular regions, which are valuable assets.  But my worried reader was concerned about Treasury’s plan to source globally to expand the scale of some of these regional brands.

“Building scale via sourcing breadth is one of the most critical platforms necessary for the globalization of wine brands,” according to the report. Gosh, that even sounds like corp-speak, doesn’t it? Logical, I suppose, but maybe locally-defined brands need to be locally sourced to maintain authenticity? Maybe consumers would be suspicious of a Stags Leap wine, to make up an example, that is sourced from Australia or some other distant place as a way of leveraging its brand power? I wonder just how flexible these terroir-based brand concepts are in the real world where consumers are the ones who decide what is authentic and what is bogus.

Cupcake Vineyards, a Wine Group brand, is an example of a multi-regional strategy that has been astonishingly successful, so it is clearly possible to build a globally sourced brand and perhaps this is Treasury’s model. But I’m suspicious of the idea of leveraging a place-specific brand through global sourcing. Does it make sense to try to turn icon Penfolds, for example, into a Cupcake look-alike? Maybe! But I worry that you’d lose what’s important about Penfolds in the process.

Treasury has no doubt studied this thoroughly and they are probably right about their strategies and I am probably wrong, but it seems problematic to me. I wonder if family firms are more likely to resist corporate wine-think and  try to protect key assets like a prestige brand or a regional identification while corporations are driven instead to try to leverage these assets to expand their market share? I am sure there are counter-examples to this theory and I can think of a few myself. I’d appreciate hearing from readers in the comments section below.

What about moral hazard? Some big wine corporations that have had troubles in recent years seem to have made the mistake of thinking that big global markets will soak up all that they (and the other big firms) can produce. It’s a matter of global-think. The global markets are huge. There’s always a market for another dozen containers somewhere in the big world of wine, or so it might seem, and so the risk of failure is misunderestimated, to use a GW Bushism.

In finance we would say that the false sense that the global market is always there to bail you out  leads to moral hazard and this is probably true in wine, too.  Moral hazard encourages excessive investment and promotes booms and the busts that often follow. What seems to be true for an individual company is not necessarily true for an industry and misunderstanding this sort of risk is downright dangerous in an industry like wine, which is by its nature subject to cycles and booms and busts.

If private- and family-firms avoid the tendency to think global when their markets are local and thus avoid misunderestimating risk and if they really do work to preserve rather than leverage key assets it might help explain their lasting power and influence. Lots of “ifs” there, but its a theory. What do you think?

Thanks to everyone who has followed this series. Next up: what wine can learn from the analysis of the language of restaurant menus.