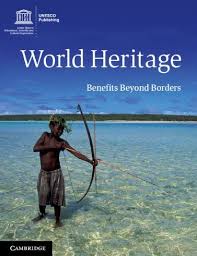 Last week I talked about the rise of UNESCO World Heritage-designated wine regions. There are now more than a dozen wine regions that have received the UNESCO imprimatur — Champagne and Burgundy are the latest additions — and more than 30 with some wine connection (see list below) with more applications are in the pipeline.

I am not opposed to wine regions being highlighted this way — in fact I kind of like the idea — I just wonder how UNESCO designation fits into the already complicated geography of wine. I ended the column with a series of questions that I will try to answer this week.

What are the costs and benefits of World Heritage status?

A 2007 UK government report outlines the costs of and benefits from seeking UNESCO World Heritage Site designation (you can find a pdf of the report here). The costs, it concludes, can be substantial. The application process alone can be long and expensive (this is not a surprise to anyone in the U.S. who has been through our AVA application process lately).

A recent New York Times article about Burgundy’s UNESCO designation notes that the organizers assembled a team of 30 specialists to make their case and published a 600-page scientific and historical report in both English and French. Once approved, there are of course additional costs of managing the program. The UK study estimated that the costs (back in 2007) could be more than £100,000 to make the bid and possibly much more than this on a yearly basis for program management. Obviously someone has to come up with funds to finance all of this, so UNESCO designation is a major commitment.

What are the benefits? The UK study divides them into potential economic benefits and potential social benefits. From an economic standpoint, being a UNESCO site opens doors to partnerships with other organizations that might provide funding and support and is also a useful tool in promoting tourism. Being on the UNESCO list is like having an extra star in the tourist guidebook rating, I guess.

One of my university students reports that her thesis fieldwork on national parks in Southeast Asia reflected the UNESCO effect. UNESCO-designated parks had better facilities, more tourists and more government support (she also found them to be more commercialized) compared with national parks lacking the UNESCO imprimatur.

The non-economic benefits can be substantial, starting with conservation, regeneration and education benefits (which I think are the main aim of many of the programs) and moving to civic pride and social capital (“social unity and cohesion” according to the study), which are harder to measure but still important.

Interestingly, the New York Times article lists different principal benefits for Champagne and Burgundy. For Burgundy, we are told, the point is to make a statement that fine wine comes from specific terroirs, of which the newly protected Burgundian vineyard climats are among the world’s most famous.  For Champagne, on the other hand, the payoff comes in additional protection of intellectual property rights — the Champagne brand itself. To the extent that the climats are closely identified with Burgundy’s brand, I suppose the two cases are not so very different after all.

Why is there a need for an additional regional wine designation?

The first appellations in France were essentially defensive mechanisms. Defense first against wines from outside a region being passed off as a local product and then defense against local producers who were debasing the region’s collective brand through over-cropping, poor wine-making, etc.  Appellation regulations had economic value first and then provided social benefits.

Here in the U.S. we have watched AVAs proliferate to the point where most of them have little specific economic brand value. Most AVAs with a few exceptions are probably best understood as tools of regional identity not as valuable brands. They are expensive tools due to the high application costs, but they are worth something in today’s marketplace because for some consumers today the lack of a geographical designation puts a wine into a lower generic class.

Seen in this economic light, the UNESCO designation creates a sort of super appellation that rises above the cluttered landscape while at the same  time potentially providing those conservation, regeneration and education benefits.

The creation of a super league of some sort might not be necessary, but perhaps it is inevitable (in the same way that the creation of the UEFA Champions League in soccer was probably inevitable).  The fact that the league might ultimately be based on UNESCO protocols that explicitly privilege history and culture as opposed to auction valuations or famous critic ratings, which focus on different factors, is what makes it really interesting to me.

Should your wine region look into this?

When I first read about the UNESCO designation I thought that Napa Valley was an obvious candidate. But if increased wine tourism is one of the benefits, then I wonder Napa really works. Seems like if Napa is having trouble working out a balance between wine tourism and what many see as conflicts with local lifestyles. The additional attention from UNESCO status might compound rather than resolve local tensions unless local pride somehow rose to bridge the tourism divide.

Ultimately, looking at the examples of Champagne and Burgundy, I think each region has to make its own evaluation of the costs and benefits and decide if gains in terms of profit, identity or philosophy are worth the obvious costs. It seems to me that the conservation and regeneration benefits (or lack thereof) may tip the balance one way to another. I’m interested in hearing what others have to say.

Congratulations to those regions that have achieved UNESCO designation and to those who receive it in the future.  Despite my grinchy “dismal scientist” focus on costs and benefits, I am glad that UNESCO celebrates the natural and cultural wonders of the world and proud that wine regions are included on the list.

Here’s a list of vineyard-related World Heritage sites as tabulated by worldheritagesite.org