The Beatles’ Boeing 707 landed in the USA on February 7, 1964 and pop music has never been the same. It isn’t that the British Invasion conquered American pop music as much as that a creative dynamic was accelerated. The influence can still be felt more than 50 years later.

Another invasion took place from about 1970 to 1990 when a number of Europeans made significant wine investments in the United States, stirring the creative pot in ways big and small. Last week I talked about the Skalli family’s Mondavi-inspired investment in St Supéry and the recent sale of that property to the brothers who own Chanel.  That event got me to thinking about the other invaders. Where are they now? Here are a few quick case studies.

(Newton Vineyard is the part of the answer to one of my favorite trivia questions. What two California wineries were featured in the Japanese re-make of the film Sideways, which was set in Napa Valley? Answer: Newton and Frog’s Leap.) 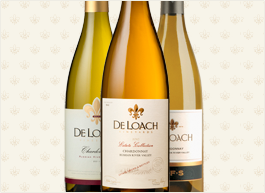 Chandon was not the only French firm to invest in the California wine industry. Boisset, known today for DeLoach, Raymond, and Buena Vista wineries among others, came on the scene in the early 1980s. In fact, Boisset sold Robert Skalli  the Rutherford property on Highway 29 that became the St Supéry winery.

Boisset first entered the California market as an importer and producer in 1980. The Rutherford property was purchased in 1982 (the Victorian home you see there was used as a summer residence for a couple of years). But it was sold to Skalli in 1984  as the result of a strategic shift to focus to building the company back in France rather than expanding further into California.

Jean-Charles Boisset returned in California in 2003 with the DeLoach purchase and has gone on to become an integral part of the wine industry here with a large wine portfolio and deep local roots. He is married to Gina Gallo and the couple live in the old Robert Mondavi house.

Donald Hess wasn’t looking to start a winery when he came to the U.S. from Switzerland in 1978, although he ended up creating the Hess Collection vineyard and winery on  Mount Veeder and starting an international wine portfolio that now reaches out to California, Argentina and South Africa. Hess wanted to produce and sell bottled water in the U.S. and he traveled across the country looking for both a production source that appealed to him and evidence that there was a growing market for bottled water.

Having failed on both fronts when it came to water (he was obviously just ahead of his time), Hess became inspired by some of the wines he tasted and changed direction. He invested first in the vineyards high up on Mount Veeder and then took over the historic Christian Brothers winery up there, which is quite an inspiring place to visit now that Hess has strengthened and restored it after the Napa earthquake. Hess’s signature modern art collection is spectacular, too, and some of the wines we tasted were memorable indeed.

As we drove the winding road to Antica Napa Valley I had that feeling of déjà vu: have I been on this road before? Impossible? Nothing much out here except Antica Napa, the Antinori family’s Napa Valley winery (the Antinori are also involved in Stag’s Leap Wine Cellars and Red Mountain’s Col Solare in partnership with Ste Michelle Wine Estates) and this was our first visit.

But I think I had been there before, back when it was called Atlas Peak. The winery and its famous cave system are a fascinating story. Piero Antinori first came to California in 1966, when Robert Mondavi was just starting out with his new winery. Antinori fell in love with the place and started a slow, thorough search for the right path to enter the region.  He finally found it in 1986 when he entered into agreement to purchase land for vineyards and a site for a winery in the beautiful Atlas Peak area. Antinori formed a partnership with Whitbread, Inc., the British brewer, and Christian Bizot of Bollinger Champagne, who were also keen to get a toe in the U.S. pond.

The partnership did not go quite as planned (a long story that Richard G. Peterson outlines in part in his new book The Winemaker) and in 1993 Antinori bought out the Whitbread and Bollinger shares and in 2006 renamed the operation Antica (Antinori + California) Napa Valley.  The road from 1966 to today has been as full of twists and turns as the road to the winery itself and I think it is fair to say that the journey continues with growing confidence. The Townsend Vineyard Cabernet Sauvignon we tasted speaks volumes about this winery’s capacity, vision and direction.

Two for [Opus] One

No one remembers for sure, it is said, whether it was Mondavi who approached the Rothschilds or if it was the other way around, but whoever had the idea for a French-California partnership it proved to be a good one. The terms were simple: fifty-fifty. No one had a controlling interest, everything had to be mutually agreed.

The first Opus One wines were made in 1979 and 1980 and in 1981 a single pre-release case sold for $24,000 at the Napa Valley Wine Auction. It was the highest price ever paid for an American wine at the time and still quite a lot of money for a case of wine today. The first wines were released in 1984.

The landmark winery sits just off Highway 29 across the road from the Robert Mondavi winery where those very first wines were made. The dramatic architecture of the winery gets all the attention, but the vineyards are the important thing here.  Opus One counts part of the historic To Kalon vineyard as a key asset and component in its wine.

Constellation Brands purchased Mondavi in 2005 and inherited half ownership of Opus One. The Rothschilds considered buying out the American half interest as was their right under the founding agreement, but opted instead to keep the winery with a foot in both wine worlds. Constellation and the Rothschilds reached an agreement to remain partners while assuring the winery’s independence and integrity.

I admit to being surprised when I learned about the Constellation side of Opus One.  I could not imagine that the Mondavi family would structure things in a way that would allow this jewel to slip away.

But things don’t always turn out the way we plan and perhaps this quick survey of the European Invasion shows just how diverse the experience has been for those who came to America in the 70s and 80s to make wine here (and for American winemakers, too).