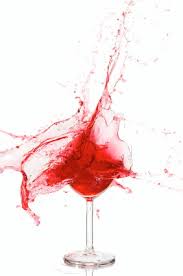 It has been hard to ignore the feeling of instability in the wine world for the last few months. There has been a lot of shifting around of brands and alliances, as if the big wine producers are feeling off balance and need to get recentered. In January, for example, Constellation Brands, the world’s largest wine company, sold off their high volume Almeden and Inglenook brands along with the Paul Masson winery to The Wine Group. The reported logic was that Constellation wanted to focus more on premium and superpremium wines. The Wine Group is a privately held San Francisco-based company that has its roots in Coca Cola’s old wine division. (See Note below.)  It makes and markets a variety of high volume brands, including Franzia, Concannon, Corbett Canyon, Glen Ellen, Mogen David and several international brands.. It is the third largest wine company in the United States, behind on Gallo and Constellation, with 44 million case sales in 2007.

I felt another tremor on Tuesday, when a Decanter.com story reported that Constellation had sold more of its wine brands, this time to a new Healdsburg, California-based group called Ascentia Wine Estates. The wineries are Geyser Peak Winery in Alexander Valley, Atlas Peak in Napa, Sonoma Valley’s Buena Vista Carneros, Gary Farrell Winery, Washington’s Columbia Winery and Covey Run, and Idaho’s Ste Chapelle. They produce about a million cases of wine a year between them. Vineyards in Napa and Sonoma county were included in the $209 million deal. The logic, the article said, was to allow Constellation to continue to sharpen its focus on key upmarket brands.

There are several interesting things about this sale. From the Constellation standpoint brands like Geyser Peak, Buena Vista Carneros and Columbia are a good deal more upscale than high-volume Almaden and Inglenook brands that were sold in January. Constellation sold 59 million cases of wine in the U.S. alone in 2007, so the loss of a million case capacity is less important, I think, than the sign that the company is very serious about reshaping itself to adapt to changing market conditions. Constellation says that they are going to focus on fewer brands at the top of the pyramid and I guess they really mean it.

The involvement of the Deutsch family is significant. Deutsch is the masters of marketing and distribution of value-priced wines. They partnered with Australia’s Casella family to create [Yellow Tail], the best selling import wine in the U.S. (I have written about this in my [Yellow Tail] Tales article. They also import and distribute George DeBoeuf, J. Vidal Fluery and other important wine brands. They clearly see opportunity where Constellation does not. It will be interesting to see how this group adapts to the shifting wine landscape. I cannot believe that they are through assembling their new portfolio because I think there may be more wine brands on the market soon (see below).

The news from California on Tuesday regarding the Constellation-Ascentia deal was interesting. But the news from Australia in yesterday’s Financial Times as stunning and represents the first of what might prove to be a series of significant winequakes.

Foster’s, the big Australian drinks group, announced major write-downs of its wine assets and the resignation of its CEO, Trevor O’Hoy. The FT’s Lex column summarized the situation like this:

We all know the feeling: a night of bacchanalian excess followed by regrets and a light wallet the next morning. Foster’s, after a 12-year bender in which it spent A$8bn in the wineries of Australia and the US, has a severe hangover. Australia’s biggest beer and winemaker on Tuesday announced A$1.2bn of write-offs, lowered profit forecasts and parted company with its chief executive.

Foster’s last big splurge, the A$3.7bn purchase of Southcorp, is partly responsible. Foster’s bought the Australian winemaker in 2005 for a generous 14 times enterprise value to forward earnings before interest, tax, depreciation and amortisation, among the highest multiples for deals in the wine sector at the time. It even mocked Southcorp, as it attempted to defend itself against the hostile takeover, for being unduly conservative with respect to its own earnings forecasts.

Fast-forward three years and the hubris has been punished. Integration was botched, partly due to the ill-judged decision to blend sales forces into a single unit in Australia. In the US, distribution was poorly managed. External factors packed the final punch. Australia’s vineyards produced a glut of wine and prices plummeted. The Aussie dollar surged, from about 76 US cents at the time of the acquisition to 95 cents today. Foster’s reckons that every cent move lops A$3.2m off the wine business’ earnings before interest and tax – forecast to total A$1.2bn this year.

Fosters owns 22 wineries in five countries and 60 wine brands, including Beringer, Lindemans, Wolf Blass, Penfolds, Rosemont and Matua Valley. Among other things it is writing off A$ 70 million of bulk wine inventory. It will try to trim its US inventory by 1.4 million cases. (Fosters was the fifth largest wine seller in the U.S. in 2007 with 20 million cases, about the same as Bronco wines and its Two Buck Chuck brand). This is more than a tremor. What does it mean? It is a Foster’s problem, or does it have larger significance?

The assumption for the last few years has been that bigger is better in the global wine market and that big global firms like Constellation and Foster’s had an unbeatable advantage. Is this just a shakeout, or are these recent events a signal that the world of wine is experiencing a fundamental change? Watch this space for updates.