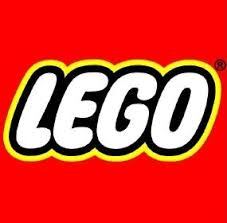 This is the sixth in a series of articles on wine in the BRICs – Brazil, Russia, India and China.

2011 is the 10th anniversary of the BRICs. Jim O’Neil of Goldman Sachs announced back in 2001  that the future belonged to four big economies that were poised to move out of the “emerging market” category: Brazil, Russia, India and China.  I’ve spent the last few weeks examining wine in each of these important markets and so, with China just finished, it seems like it is time to sum up.

But just when I thought I was done with the BRICs it turns out that there are more of them! According to the Financial Times, O’Neil  has decided to expand the list to include Mexico, South Korea, Indonesia and Turkey. I think for now people are calling them “the new BRICs” since MSKIT, MITSK, SKIMT or even TIMSK lacks the cool symplicity of  BRIC (rhymes with NIC for newly industrialized country, sounds like “brick,” an important building block).

Maybe they should call them the LEGO countries — they come in lots of styles and colors and you can put them together pretty much any way you like. You see, the New BRICs are a not a very coherent concept. They seem sort of cobbled together — like a kid’s LEGO project.

None of the countries on O’Neil’s list are obvious candidates for the new BRICs team. Everyone wanted to know why Mexico wasn’t included in O’Neil’s grouping ten years ago, for example. It seemed like an obvious oversight. But Mexico these days, with its shocking drug crime, is an even less friendly business environment than before. No one would ask why Mexico was left off the list today.

Turkey is a founding member of the OECD (a.k.a. “the rich countries’ club). Its inclusion on a list like this seems a bit of an afterthought however welcome the attention might be to Turkish business leaders and government officials.

I need to think about Indonesia and ask why O’Neil might have chosen that country and not Malaysia (or the Philippines or Vietnam). Maybe he needed to buy a vowel. (Or, to be fair, perhaps he knows something about Indonesia’s economic prospects that  I don’t, which seems likely.)

South Korea makes no sense — it is one of the original four Asia Tigers NICs (along with Taiwan, Hong Kong and Singapore), a group that predates the BRICs and outranks them in terms of economic stature.  South Korea was an economic powerhouse long before the BRICs were born.

O’Neil’s New BRICs are strange bedfellows, but that is not the end of the story.

The original BRIC nations have decided that they are more than a figment of an investment banker’s imagination; they actually  work together on various global issues.  And they recently decided to expand their membership. Apparently they didn’t consult O’Neil because their invitation list didn’t include any of the MSKIT countries.

According to Reuters, the BRICs have invited South Africa to join their club.

The BRIC countries have sought greater clout for their grouping, holding a summit in Russia in 2009. “BRIC” is a term invented in 2001 by Jim O’Neill, the chairman of Goldman Sachs Asset Management.  South Africa applied to join BRIC at the G20 meeting of the world’s leading economies in Seoul in November, Russian President Dmitry Medvedev said at the meeting.

Not Your Father’s Bali Hai

So what can be said about wine in the LEGOs … er, new BRIC nations? Well, it is a very mixed bag from the wine market perspective.  All five of the Legos produce wine. I’ll look at two of them here, saving the three largest producers for future posts.

Indonesia, the world’s most populous Muslim country,  is an unlikely wine producer. And indeed, production is limited to relatively small amounts on the island of Bali, according to the Oxford Companion to Wine, which reported three wineries as of 2005. Hatten Wines (founded in 1994) is the largest and is a pretty ambitious project according to their website, with more than 40 employees at the winery, distribution center and 14.5 ha vineyard.

Since Bali is so close the equator, tropical viticultural practices apply — pergola-trained vines to cope with humidity, vinifera and hybrid grape varieties and three crops a year (harvest every 120 days according to the website). A recently released Shiraz breaks new ground for tropical winemaking.

I found one tasting note on CellarTracker — written by a tourist happy to find a local alternative to expensive imported wines. He scored the Hatten AGA White 86 points. “The wine was very aromatic, with banana, honey, lemon, pineapple, and hints of peach and grass on the nose. On the palate, the wine showed banana, honey, lemon, kiwi and citrus. It was slightly off-dry, with medium-level acidity. The wine was much better than we expected. It lacked the structure to earn high-end scores, but it was extremely delicious and drank very well in the tropical climate. In addition, it paired extremely well with Indonesian cuisine.”  The review continues …

South Korea is better known for producing table grapes than wine grapes.The first wines were made in 1901 by missionary Father Antonio Combert for the members of his Korean Catholic Church.  Contemporary production dates to 1977 when the drinks company DooSan Baekwha began production of Majuang wines, which dominates the domestic wine market.  As in China, Korean wine is often a mix of domestic and imported products. None of the tasting notes I found on the Internet was very detailed.

DooSan had 140 ha of vineyards in 2005 and, while my research turned up substantial vine acreage beyond this, most of the fruit goes to the fresh grape market. Wine grape production is also limited by climate concerns — although Korea is at about the same latitude as Napa Valley, its winters are famously harsh.

My guess is that Korea will be more important as a consumer of wine, domestic but especially imported, than as a producer. Perhaps Korean-born Jeannie Cho Lee, the first Asian Master of Wine, will lead the way. Indications are that wine sales have increased rapidly in recently years, so things are looking up.

South Korea imposes trade barriers on imported wine and this has become a bargaining chip in its free trade area (FTA)  negotiations with wine exporting countries and regions. First Chile and then the European Union have  signed agreements with Korea and now have free access to this market. The Korean-U.S. agreement awaits completion. I’m sure U.S. winemakers would like to have equal access to this growing market.

The wines from South Korea and Bali are very interesting — I hope I have a chance to try them eventually — but they are unlikely to be serious contenders in the world wine league tables in the near future.  That’s not the case for the other LEGOs (new BRICSs): Mexico, Turkey and South Africa., the subject of my next blog post.