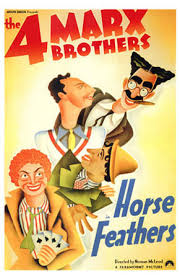 Forbes Asia published “The Future of Wine,” a  three page excerpt from Chapter 15 (“The China Syndrome”) of Wine Wars last month. A follow up interview appeared this week on Karl Shmavonian‘s Forbes.com blog “Horse Feathers” under the heading “An Economist Shares His Thoughts on Wine.” (You can read the excerpt and the interview by clicking on the links provided.)

It was fun to answer Karl’s questions. Karl’s focus is Asia, so I wasn’t surprised that he had questions about Chinese wines, the Chinese-Bordeaux wine market and even the prospects for South African wine in India and … Sub-Saharan Africa!

One question really made me think. Who “gets it” in the wine world?  Here’s the question and my brief answer copied from “Horse Feathers.”

Name a few wineries that “get it” from a business standpoint.

I think Chateau Ste Michelle gets it here in Washington State. Ste Michelle Wine Estates has a “string of pearls” operating philosophy that allows each of their winery brands (including Columbia Crest, for example, and Stag’s Leap Wine Cellars) a good deal of independence while benefiting from the economies of distribution, etc. Even the large production facilities like the white wine facility in Woodinville contain mini-wineries that allow the winemakers to do small scale projects while also producing hundreds of thousands of cases of the mainline products.  Chateau Ste Michelle balances the big and the small without losing their terroirist souls. Boisset and Frog’s Leap (both in California) are examples of two totally different companies that both get it. In particular, they both get the environmental problem, although they approach it in very different ways.

Reading this, you probably wonder what I mean by “getting it” and why I picked these three wineries as examples? Here’s the story.

“Getting it” in this context means understanding the tensions that are at the core of the wine market (and that I analyze in Wine Wars).  Globalization and wine market expansion generally have brought a world of wines to our doorstep. This embarrassment of riches is both blessing and curse. It’s a blessing because of the opportunity to sample wines from all around the world. It is a curse because of the difficulty of choosing. Too much choice can be intimidating, especially in the case of wine, which has so many other intimidating factors associated with it.

Anyone who can simplify the choice and gain the consumer’s trust stands to benefit in this complex market environment. Brands have therefore become increasingly important, both private brands like Mondavi and Mouton Cadet and more general types of brands like Brand Marlborough Sauvignon Blanc and Brand Argentina Malbec. Consumers understand the wines associated with these brands and so are more confident in making purchases. (Just having a strong brand is not enough, however, as the roller-coaster story of Brand Australia Shiraz demonstrates).

The risk with brands, however, is that they can sometimes go too far in their effort to simplify (the Shiraz problem). It is important that branded wines not sacrifice the qualities that make wine special. Wine that is just another packaged good has lost its “terroirist” soul — the winemakers just don’t “get it.”

So Wine Wars argues that the future of wine will be determined by the battle between the market forces that will push wine into the world and the “revenge of the terroirists” that will push back. Because I am an optimist (I have “grape expectations”), I think the future is bright. But this requires that wineries “get it.” So, Karl asked me, who does?

Well, a lot of wineries get it, to be honest, but in the short time available I only mentioned three of them. Boisset gets it, for example. It’s a good example of a “global” wine business, with strong brands in both the Old World (France) and New World (California). But there is a strong terroirist element to Boisset that keeps it honest, both in terms of the desire for wine to express a sense of place and also a concern for the environment. Boisset has been especially active in packaging innovations, for example, that aim to reduce the carbon footprint of wine. That’s one way to “get it.”

Frog’s Leap gets it in a different way. It is an example of a producer that has developed a strong brand without dumbing down its wines or selling its soul. Frog’s Leap is such a strong brand in Japan, for example, that it was the featured winery in the Japanese re-make of Sideways. But Frog’s Leap proves that branding doesn’t have to sacrifice quality or reduce wines to a least-common-denominator status. Frog’s Leap stands for something, both in terms of wine and with respect to the environment (dry farming, sustainable methods). They show that it is possible to “get it” this way, too.

Chateau Ste Michelle is my third example. They are the largest wine producer in Washington State and the largest producer of Riesling wine in the world. The parent company, Ste Michelle Wine Estates, usually ranks about #7 among U.S. wine producers. The Chateau as it is known here in Washington knows about globalization (its wines can be found all around the world) and brands, too, but it hasn’t sacrificed its soul in the process. In fact, I think you could argue that it has tried to use the forces of globalization and brands very constructively — through international partnerships with Germany’s Dr. Loosen and Italy’s Antinori family, for example.

The Chateau collaborates with the Antinori on two projects: Col Solare (an ambitious winery in the Red Mountain AVA) and as partners in the Stag’s Leap Wine Cellars in Napa Valley. Working together, they leverage powerful brands and bring together international expertise, but the goal is to produce distinctly local wines.

The partnership with Germany’s Dr. Loosen has created Eroica, one of America’s most distinctive Riesling wines, and a series of Riesling Rendezvous conferences, which bring together terroirists from across the nation and around the world to share their expertise and plot strategies to promote Riesling without sacrificing quality. The Chateau really “gets it,” but in its own unique way.

The future of wine? A big question. Not everyone will “get it” but I’m betting that enough will to justify my grape expectations.