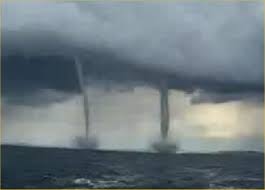 This is the second in a series on people who have revolutionized the way the world thinks about wine or a particular wine region. This post takes us to Italy’s Piemonte region, famous for its Barolo and Barbaresco wines.

Two winemakers stand out here. Many of you have probably already guessed the first name: Angelo Gaja, who is associated with the transformation of Barbaresco. The second name? I’ll leave you in suspense for a few paragraphs. See if you can figure it out.

Angelo Gaja changed the way the world thinks about Piemonte wine (and to some extent Italian wine in general). Joe Bastianich (writing in his book Grandi Vini) says that Gaja is “the most famous Italian wine producer in the world” (this may come as news to the Antinori and Frescobaldi families, but I’m sure Joe knows what he is talking about). Barbaresco was seen as the plain little sister of sexy Barolo until Gaja changed everything.

Exactly what Gaja changed and how is a matter of opinion, although the achievement is clear. Bastianich looks to the vineyard, the development of particular vineyard sites and the production of “cru” single vineyard “terroir” wines. He also praises Gaja’s efforts to travel the world promoting his wines and the other wines of the region. The power of Gaja’s personality is clearly part of the story here.

Matt Kramer, writing in his book Making Sense of Italian Wine, tells a different story. For him Gaja’s contribution was in the cellar even more than the vineyard, where he introducing an international style to the wine by using small French oak barrels (Gaja also controversially introduced international grape varieties to the family’s vineyards).

Gaja’s second and perhaps even greater achievement, Kramer suggests, was to charge outrageous prices for his wines. “While few people know about wine, everybody’s an expert on money: Could this Gaja … really be worth that much money? The sheer chutzpah was captivating and so, too, it turned out, were the wines.”

Gaja became a role model for Piemonte and perhaps for aspiring winemakers throughout Italy.

As much as I admire Angelo Gaja, enjoy his wines and respect his innovations, he is not alone on the Piemonte “grape transformations” podium. The second “tornado” is someone who did for democratic Barbera what Gaja did for aristocratic Nebbiolo. The achievement may be even greater.

Nebbiolo, the noble grape that is responsible for the great Barolo, Barbaresco and Langhe Rosso wines, is far from the most planted Piemonte grape. It has the best reputation, but perhaps because it ripens so late and requires specific site characteristics to excel, it is not as widely planted as you might imagine. There is 15 times more Barbera than Nebbiolo in Piemonte.

Barbera! Making this humble everyday wine respected  and even fashionable today is a signal achievement. This is the claim to fame of the late Giacomo Bologna of “Braida” winery in Rocchetta Tanaro, just a few miles from Asti.

Barbera is not finicky like Nebbiolo — it will grow pretty much wherever you plant it in Piemonte, both where it produces outstanding grapes and where quality is not so high. There was not much of a premium for quality grapes in the early postwar era when wholesalers would buy indiscriminately and lump them all together. Giacomo Bologna thought he could do better and set out to achieve excellence beginning in the 1960s, when Gaja was also picking up steam.

The old Barbera was nothing special, but focusing on specific sites with old vines and low productivity, engaging in aggressive cap management and aging the wines in small French oak, Bologna was able to create both a new Barbera wine and a new image of Barbera wine. The top wines, including the famous Bricco dell’Uccellone, redefined the region and jumpstarted the quality wine movement.

We visited Braida in June when were in Italy for the wine economics conference in Bolzano. Nadine Weihgold led us on a tour of the winery, pointing out the many ways that Giacomo Bologna’s vision and plans have been fulfilled since his untimely death by his wife Anna and his two children Raffaella and Giuseppe (both of whom are enologists).

We tasting the single vineyard wines and then Ai Suma, an extreme version of Bologna’s idea of Barbera that is only produced in special years. These are wines of distinction and reputation and so popular in Italy that a surprisingly small amount leaks out to the rest of the world.

Giuseppe Bologna happened to pass through on his way to the barrel room and, hearing the wine economics conversation, sat down to join us. “Is there anything else you’d like to taste?” Nadine asked? Embarrassed and apologetic, I confessed I wanted to follow these great wines with their vivacious but less prestigious little sister — La Monella, the frizzante Barbera that was the company’s first success. A simple wine, but with style and quality.  Were they offended? No, just the opposite. Grinning with obvious pleasure, Giuseppe went to work, corks started to fly and soon were we chatting away in mixed Italian and English.

Ai Suma might be literally the summit of Giacomo Bologna’s mountain, but his son Giuseppe has his own dreams and plans — and they include Pinot Noir. Pinot is a blending grape in this part of Italy, but Giuseppe has hopes that it might some day learn to stand on its own as Barbera has. He called for a barrel sample and the wine was very interesting — not an imitation of Burgundy, Oregon or New Zealand, but something different, still developing, full of potential.

Pinot Noir in Barolo-ville? Giuseppe Bologna must be nuts. But then they probably said that about Giacomo Bologna and Angelo Gaja back in the day.

This video has nice images of Giacomo Bologna and family and tells the winery’s history very well (I think you can catch the gist even if your Italian is a little rusty). The first video features Angelo Gaja telling his own story. Cheers!